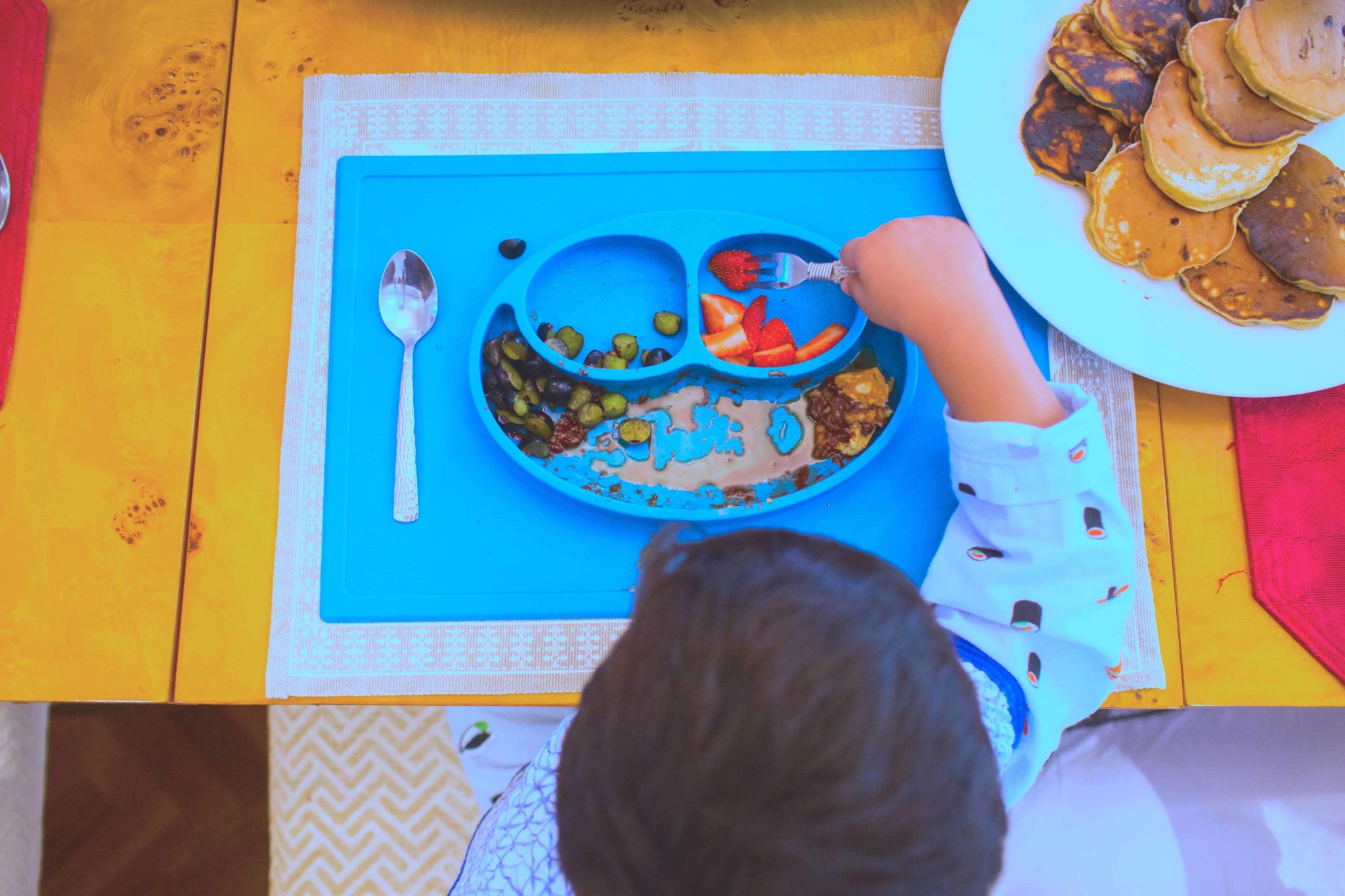 If there’s one thing we all need to keep in mind when dealing with our toddlers, it’s that their number one priority in life is exploring and asserting their own independence.

This can be challenging as a parent, but it’s important to keep in mind that you can get your way, so long as your toddler thinks they’re getting their way. This applies to mealtimes as well. Here are a few strategies that can be helpful to regain control of your toddler’s mealtimes, while making them think they’re in charge.

THE POWER TO CHOOSE

As much as possible, try and present your toddler with food options, instead of simply deciding what an “appropriate” meal might be, and laying it in front of them. This strategy is most effective when the options do not include foods they generally gravitate towards, or are used to. Instead, present a couple options that you would like your toddler to be eating, and allow them to choose.

Be prepared to get some pushback and requests for their usual favourites, but present it as a fun and exciting activity where they get to be like grown-ups and choose their own food.

Instead of using set meal times, to the extent that you can, come up with a rough window during which meals can happen. Once that window opens, approach your toddler and ask if they are hungry and ready to eat. If the answer is no, then wait a while and ask again.

During the transition period into this method, some children will just try to avoid mealtimes altogether, and your usual meal timings may get pushed a bit later than usual; however, over time, once your toddler realizes they’re in control, expect to hear “no” less and “yes” more when you ask if they’re ready to eat. Ultimately, the goal is for your toddler to approach you and say “I’m hungry… I’m ready for my lunch now.”

SETTING UP AND CLEARANCE

A simple, yet effective way to create more engaged eaters is involving them in every part of the process. This includes meal setup and clearance. Have your toddler set up their own placemat, plate, and cutlery. If they’re up to it, they can even use utensils to serve themselves.

The same applies after a meal: your toddler should take his/her own plate to the sink, and rinse it, before washing their hands and ending the entire meal process.

One of the biggest traps I see parents fall into is allowing mealtimes to go on for ages, just because they feel their child hasn’t eaten “enough.” Toddlers aren’t necessarily plugged into how much food they need, and are very likely to think eating is a waste of time and something they are forced to do, unless you prove otherwise.

Allow a reasonable amount of time (20-30 minutes, for example) for each meal, and whether you feel your child has had enough or not, if they say they’re done, let them finish. This can be a challenging adjustment as a parent, but if you allow your toddler to think that meals are something they are willingly doing, instead of being forced to do, they’re very likely to be more proactive in the process.

Instead of plating fully prepared meals, break the meal down into components so that your toddler can “prepare” their own combinations.

For example, if you’re serving a vegetable pasta in a cream sauce, first place some pasta on your child’s plate, then drizzle on the sauce, asking them if it’s enough or they want more, and then provide some sauce and vegetables on the side for them to play with and mix together.

Be forewarned, this can get messy, but for kids, mess=fun, and introducing some fun into meals goes a long way.