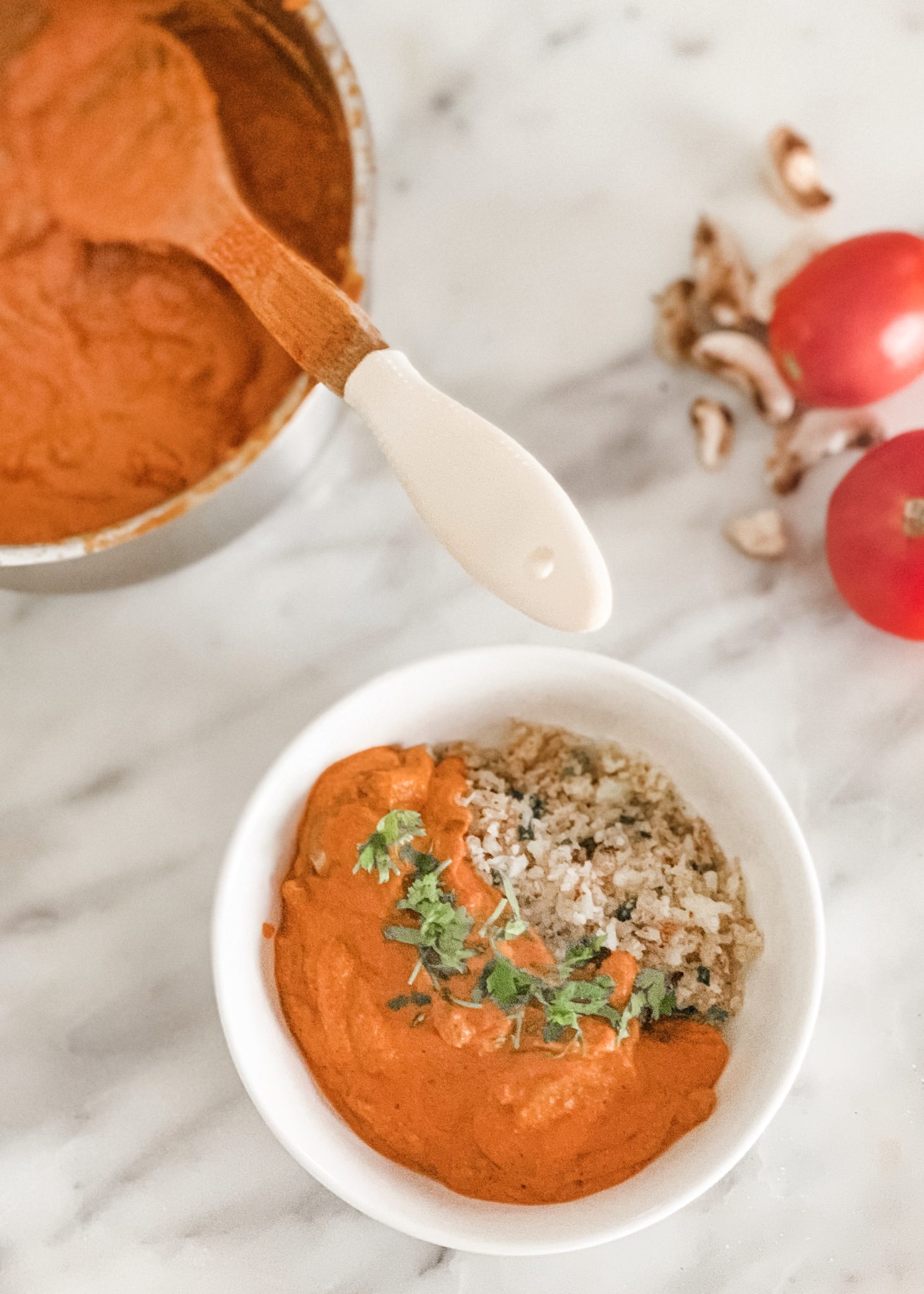 I find that the recipes that turn out the best are the ones that come from cravings… this vegan curry is one of those.

One evening last week, I was in the mood for something that really felt like comfort food. I wanted something flavorful that tasted rich, but without the heaviness rich food often brings with it. That’s exactly what this curry is!

The coconut oil and spices provide tons of flavor, while the super creamy texture goes perfectly with the meatiness of the mushrooms. Pair it with the spiced cauliflower rice for a perfect, satisfying dinner.