My son, the superhero 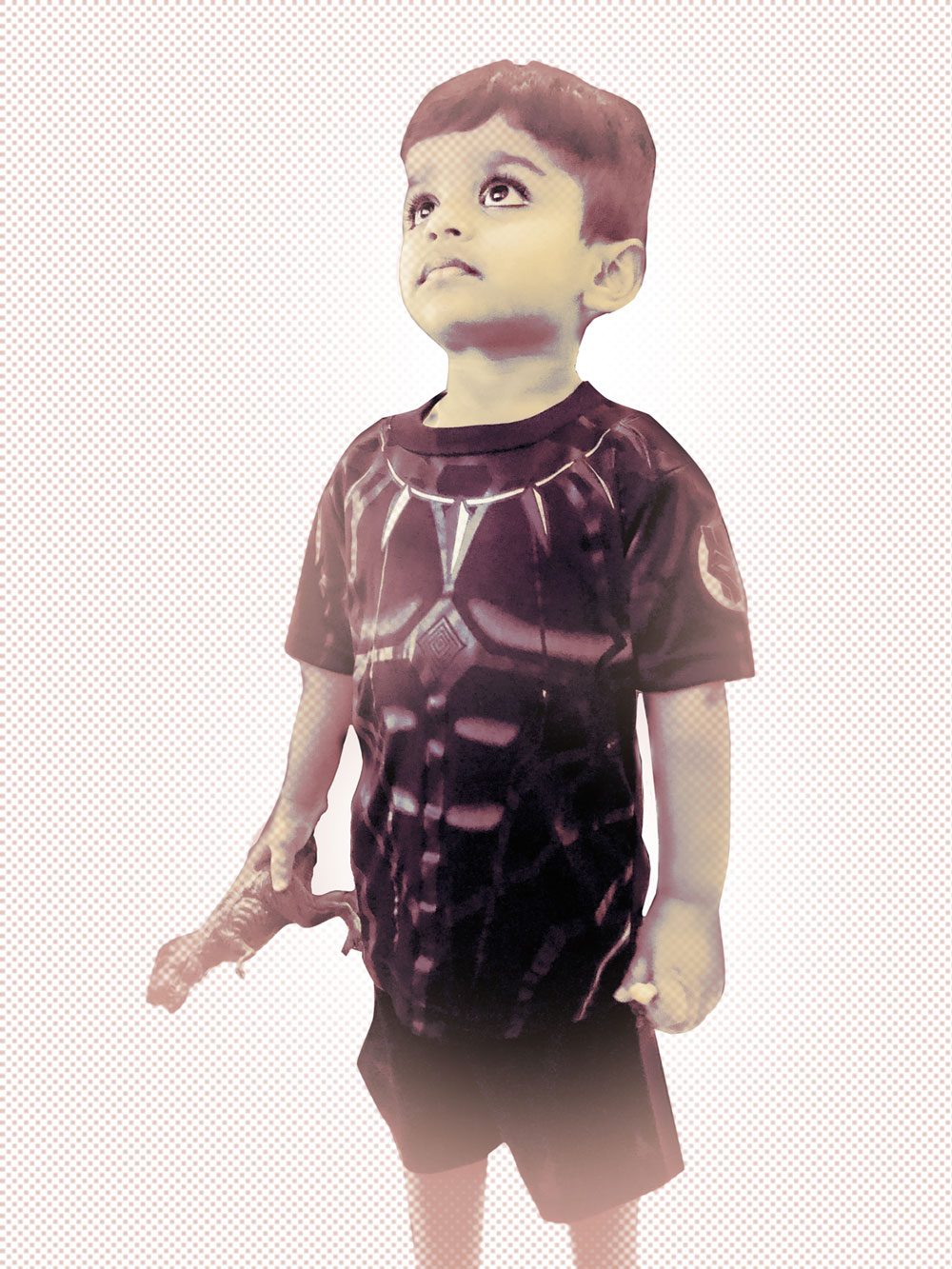 I grew up in a strictly “no violence” household. What I mean by that is that educational, kid-friendly programming at set times in the day was allowed. Sesame Street, Reading Rainbow, and Mr. Roger’s Neighborhood were all approved viewing, while Power Rangers and Teenage Mutant Ninja Turtles never made the cut. In the summer, when all the kids in the neighborhood ran around with water guns, my sister and I had to settle for sidewalk chalk and bubble machines. PG-13 movies were 100% out of bounds until I received a DVD of Air Force One during an Easter egg hunt right before my 12th birthday.

The early part of my childhood was characterized by a pre- Columbine massacre, pre- September 11th tranquil suburban American bubble. My parents chose to insulate us as much as possible from violence in the media, because they could, and, as a result, we got to enjoy blissfully ignorant childhoods.

Today, a couple decades later, I started my morning much in the same way that we start most mornings during school vacation: a routine viewing of the first 30 minutes of a Marvel movie of my son’s choosing. Some days it’s Black Panther, and others it’s Avengers… fortunately for me, we put Thor on hiatus after watching Ragnarok for probably the 200th time.

My son is a little over two, and these are all movies I wouldn’t have been allowed to watch in my wildest dreams until I was at least ten years older than he is now. I know a lot of other parents would shudder to allow a toddler to watch movies filled with not just violence, but commercial violence made to look cool and appealing. Yet we allow Vishnu to watch these movies all the same.

It’s not that we’re lackadaisical parents, or on some mission to win favor with our son by being “cool” parents of the no rules variety; it’s just that we don’t see the point in creating a childhood of artificial innocence in a world that ceases to be that way. In practice this has, at times been challenging, and we’ve second-guessed ourselves.

For example, a few months ago, when our son got overexcited about Thor fighting the monster, he took his toy Thor hammer and actually turned on us. One swing of that foam hammer, and Thor was sent “on vacation” along with all his accompanying paraphernalia.

Vishnu’s birthday happened to be a few days later, for which we had already planned an Avengers party. We thought the party could double as a farewell party, after which it was time to stick to Dora the Explorer and Peppa Pig for a while.

We thought that was the end of it until a few days later when Vishnu and I were traveling together alone. In the seat right behind us was a particularly troublesome passenger who kept attempting to chat with, and take pictures of, my son and me despite my behests for him to stop immediately.

Visibly agitated, I very audibly stated “Vishnu, that’s a bad man. When you see a bad man, shout and run away,” to which my son replied, with a calm yet determined expression, “Mama, how does Thor protect the mommy with the Thor hammer?”

In that moment, as my son could have just as easily been scared or hassled watching his mother’s reaction to a difficult situation, he instead chose a path of bravery, and, in his own small way, was my little superhero. It was then that I realized that as easily as Vishnu’s Avengers movies could be about violence, they could just as easily be about those who stand strong and brave even in the face of violence and adversity.

Maybe our son doesn’t necessarily need to be running around smashing things, but it might just be ok for a child to want to be like Captain America, Thor, Ironman, or the Hulk, if he knows that there is some bad in this world and that he, like his superheroes, is strong, and doesn’t need to be afraid.

Now, though most of Vishnu’s Avengers toys are still “on vacation,” just so there’s no temptation to “smash” or “crush” a stray plate or bowl out of the blue, we still watch the movies religiously, and I know my son is still inspired by them.

How do I know? On our most recent round of vaccinations, I prepped Vishnu by tentatively telling him, “You’re so strong like Hulk, and Hulk doesn’t cry when he feels pain… what does he do? He says ‘rooooooar’.” Vishnu nodded.

As everyone tensed up in the room and the nurses stepped aside while the doctor got ready to administer the vaccination, I held onto Vishnu tightly, giving him the most reassuring look possible. In went the needle, then a pause of anticipation, and then my son just looked at me and tearlessly said “roooar.” He is, indeed, a superhero.