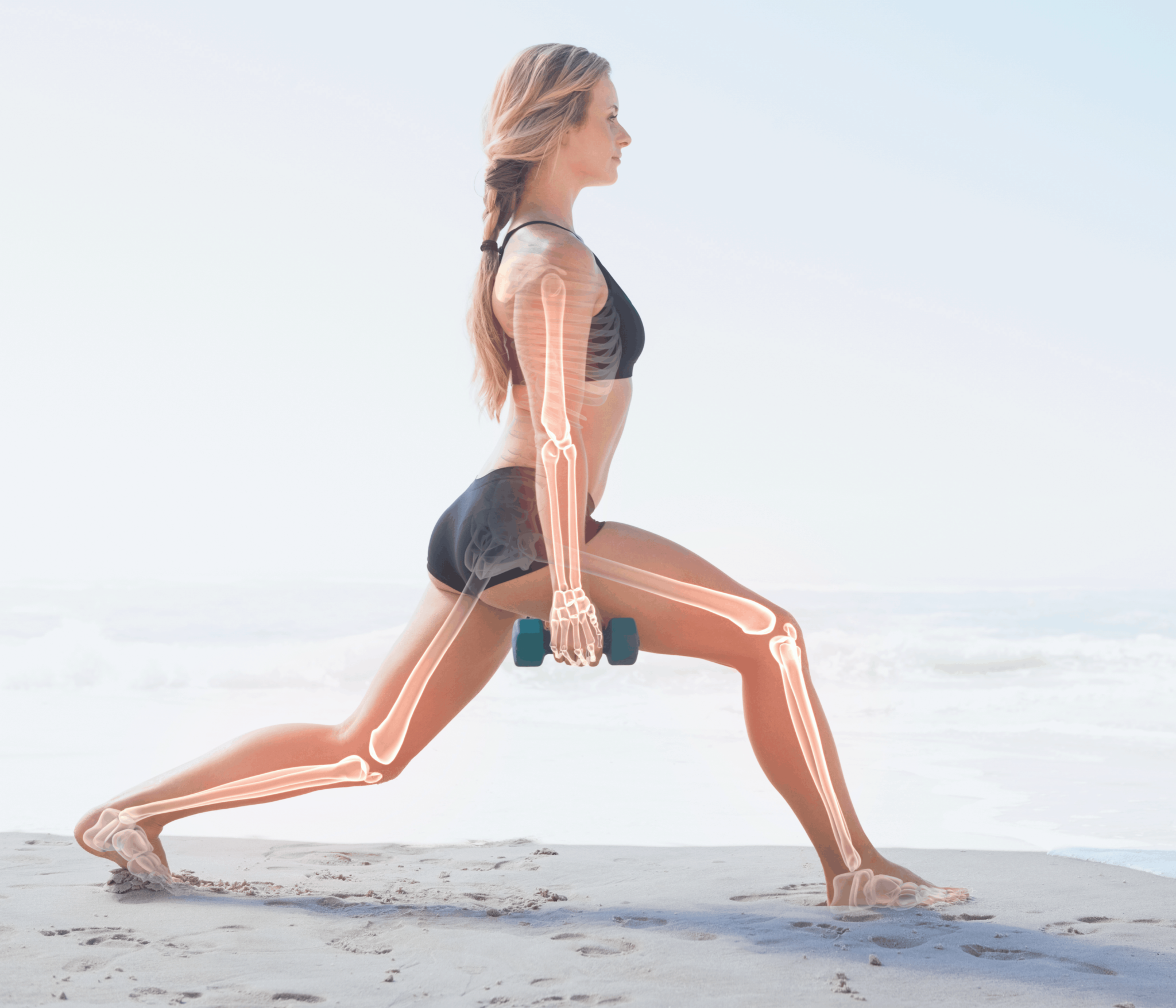 I can’t count the number of times I’ve had conversations with women who confidently say “I don’t touch weights… I don’t want to bulk up.” It’s a misconception that’s been around for ages, and has historically been supported by cultural representations of women who “weightlift”: a kind of macho, superhuman image.

But there is a LOT more to weights than that, especially for women for one reason in particular. Although women may be the stronger of the two genders in a lot of ways, there’s one thing about us that’s undeniably weaker: our bones.

For some of us, 50 may still seem far in the future, for others of us, less so, but it’s actually in your early 20s that the bone renewal process starts to slow down, and by 30, we reach peak bone density… it’s all downhill from there, although it doesn’t have to be.

There are a few factors that can help support the bone renewal process, like getting enough calcium, vitamin D, and limiting alcohol consumption, but there’s only one thing that can stimulate the formation of new bone tissue: weight-bearing activity. In the same way that muscles are composed of living tissue, bones are too, and specific kinds of exercise have been proven to increase bone density, strength, and size.

In other words, it’s all about resistance training. Although other weight bearing activities that involve frequent muscle loading, like plyometrics, running, stairs, and hiking, are also beneficial to bone health, it’s resistance training that will get you the most bang for your buck. As an added bonus, resistance and weight training offer significant postural benefits, and that increased stability pays off in the long run by reducing not just the risks of aches and pains, but also the risk of falls and accidents later in life.

That said, it isn’t necessary to stop everything you’re doing and jump head-first into a professional weightlifting regimen. Instead, you should aim for a minimum of 30 minutes of activity every day, and incorporate weight training or resistance bands into your routine at least two or three days a week, to start.

You will not “bulk up,” you will not become bigger, but you will get stronger, you will get more toned, and, most importantly, that may be your only safeguard against fragile and brittle bones in the future.